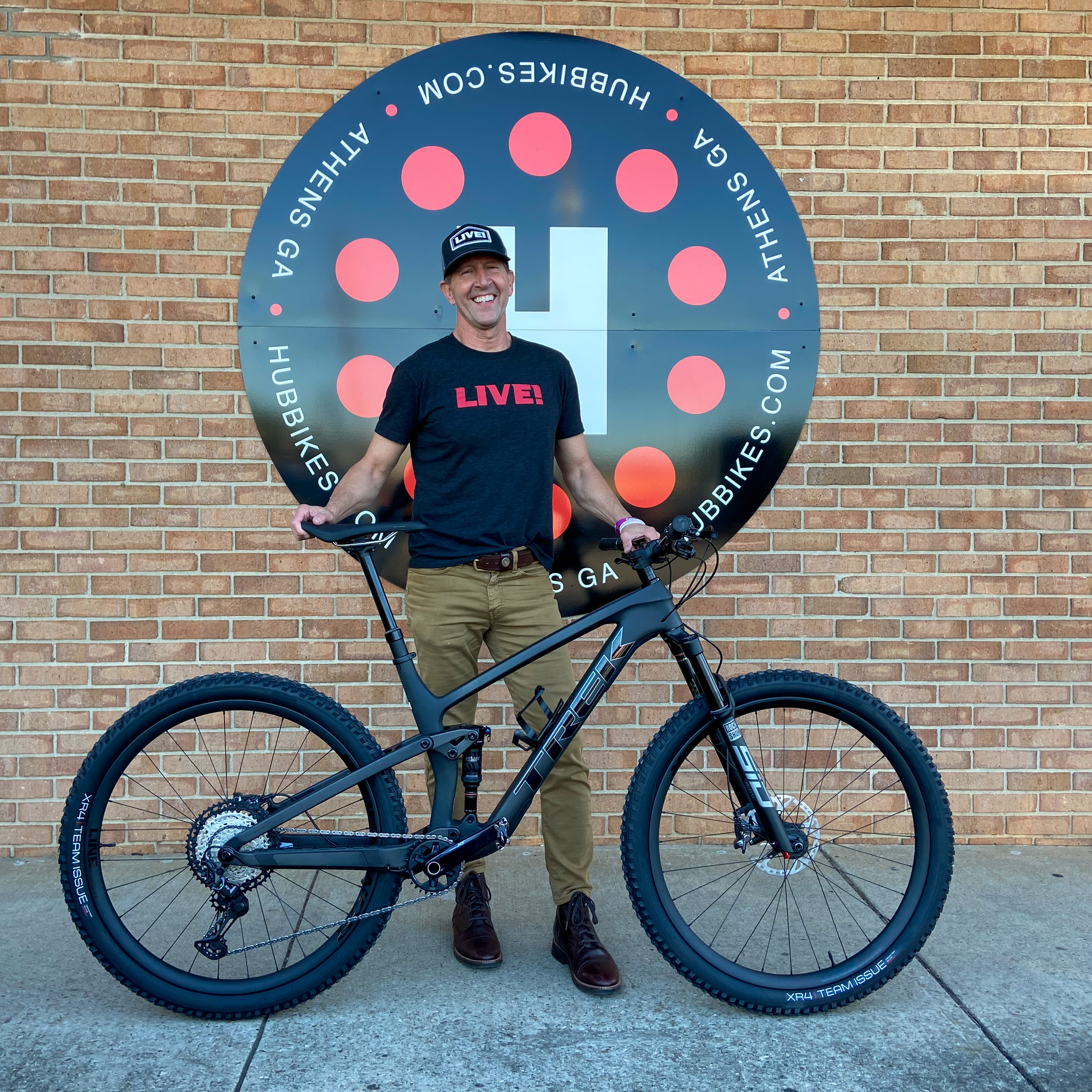 Kirk's #spokesofthehub story is just so inspiring we asked him to write it down for us. If you don't already know Kirk we think you should. He is a person who adds to the world around him.

When I was initially diagnosed with terminal lung cancer in 2013, mountain biking became my

energy source, my meditation time, a way to test my fitness . . and, maybe most importantly,

just a chance to act like a kid. Prior to that I was mainly a road rider, runner and triathlete – but

the initial effects of the disease, two surgeries to determine my cancer, and the side effects of

treatment hit me so hard that I could no longer hang on to WBL or SFS road rides. So I began

mountain biking . . . and I found freedom from the disease.

push myself and recharge. No matter the weather, being in the woods was always a source of

positive energy! So, even though I really sucked at mountain biking, riding with friends in the

woods helped strengthen both my body and my mind. It’s not an exaggeration to say that

mountain biking helped save my life — despite the fact that it humbled me every single ride.

Every ride was proof to myself that cancer was not winning. Not on that day!

This month – the month of November - is Lung Cancer Awareness Month. And next month I

So this Fall, I felt like I had finally earned the right to buy this amazing bike – a Trek Top Fuel 9.8

XT. Hope to see you on the trails soon.

As my friend Ryan Marsh and I say on every ride . .. “it’s always a great day for a mountain bike

Find out more about LIVE!